Cape Peron is not only a naturally picturesque setting, with exceptional snorkelling, and 360 degree coastal viewing but is an important historical site. The Point Peron "K" Battery was an integral element of Western Australia’s coastal defence strategy during the Second World War.

This historically significant site, is at the mercy of the harsh coastal elements and due to years of neglect the site is now overgrown and disintegrating at an ever increasing rate. Without immediate intervention, the Rockingham region will lose a very important part of its war-time history.

The Hon Phil Edman MLC, has taken on this challenge and is passionately advocating for the site to be restored, and is made into a place of honour and remembrance of the significance of coastal defence and the impact that the Second World War had upon life in Australia. In particular, the Defence Members who worked as part of the Coastal Defence of Australia in World War II and the Western Australian “Fremantle Fortress” of which the Point Peron “K” Battery site is part of.

The Point Peron Restoration Project is envisaged to transform the neglected site. This is a story of National significance that will be told through an interpretive walk connecting the bunkers and gun emplacements, a memorial to honour the sacrifice to our nation (both past and present), as well as an interpretive museum.

Recovering and preserving our history is vital to the social identity of our community, our state and our nation. 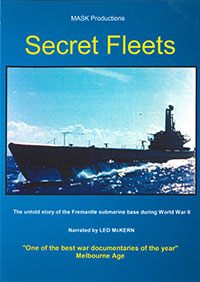 “SECRET FLEETS tells the story of how the sleepy port of Fremantle, in isolated Western Australia, was transformed into a top secret submarine base for one of the most successful campaigns of World War II against Imperial Japan.” 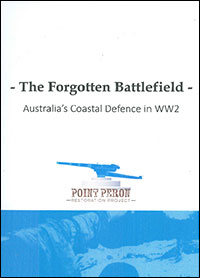 “In the final years of the Second World War, Australia came under grave threat of invasion from advancing Japanese forces. 97 air raids were unleashed on the mainland and 3,000 lives were lost. This short film honours the men and women who served their country by operating Australia’s coastal defences, during the Battle for Australia.”

The Point Peron Restoration Project is looking for local and national sponsors to help raise funds for this worthwhile project.

Watch this space for updates and information about upcoming events. 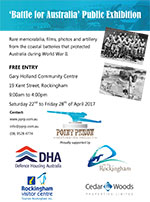 You will now be able to purchase two DVDs from our website, 'Secret Fleets' and 'The Forgotten Battlefield: Australia's Costal Defence in WW2.'

To Donate, Please supply your details on the connect form below.

CONNECT WITH THE PROJECT