After the fall of Singapore in 1941, Cockburn Sound became a possible site for the British Far East Fleet’s new base. Apart from being the largest Allied submarine base in the Southern Hemisphere from where more than 150 US, British and Netherlands submarines made war patrols, Fremantle was the Allies major Indian Ocean gateway. It was defended by numerous Heavy artillery was setup along the coast from Swanbourne to Cape Peron, and on Rottnest and Garden Islands, to protect the proposed anchorage and its approaches. The Peron or "K" Battery began in late 1942, but never fired an angry shot. The war zone moved away from Western Australia and the battery was decommissioned in early 1945.

For many years, the Peron "K" Battery’s field observation post on the highest point of the Cape has given visitors spectacular views of the surrounding coastline, but the gun sites were relatively unknown.Walkways were constructed in the area which gave access to the gun emplacements and their associated building, and in 1995, the Point Peron “K” Battery was placed on the City of Rockingham Municipal Inventory.

Due to massive erosion in the area, the history of this area is at imminent risk of being lost forever, therefore it has become even more important to protect the remaining buildings and gun emplacements and preserve the site for generations to come.
The story of the Coastal Defence of Australia has only been told in sporadic area-specific exhibitions or localised displays, so this project is envisaged to tell the overall story of the Defence of Australia during World War II, not just in Rockingham/Cockburn Western Australia, but of all the Coastal Defence Batteries around Australia.

1. Create a memorial "sanctuary for reflection" whilst preserving and maintaining the local Point Peron reserve, with upgraded local amenities to preserve & protect the history of the area.

2. Preserve the remaining WWII landmarks of the Coastal Defence System at Point Peron in a dedicated museum collection to tell the story of the Australian Coastal Defence network in World War II. 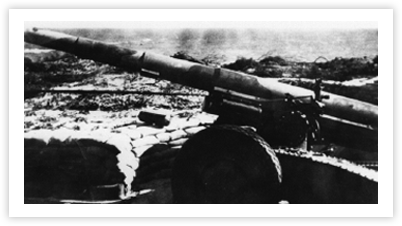 A gun similar to that used at Point Peron “K” Battery.  This photo is of a 155mm gun of the Challenger Battery on Garden Island, 1943. 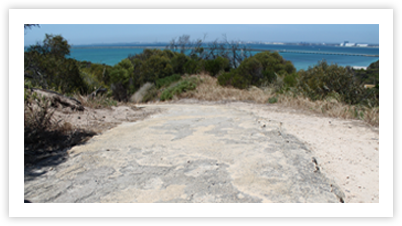 CONNECT WITH THE PROJECT

Please fill in this form to get in touch!